This Is The City 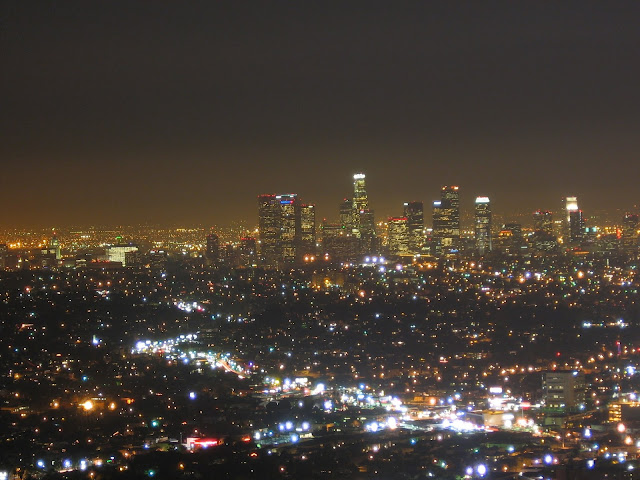 December 2006: The Queen Mother, Royal Father and your servant visited the Griffith Observatory in Los Angeles. The highlight of the evening was not the spectacular view in the heavens or the planetarium, but the one on the ground.

I captured this picture with an inexpensive Cannon point-and-shoot PowerShot camera by leaving the shutter open for as long as the settings would allow. I think that was about six seconds. I didn't even use a tripod; I set the camera on top of a garbage can and used the self timer so I wouldn't be shaking it as I squeezed the shutter button.

Of course, I couldn't stop at just one. 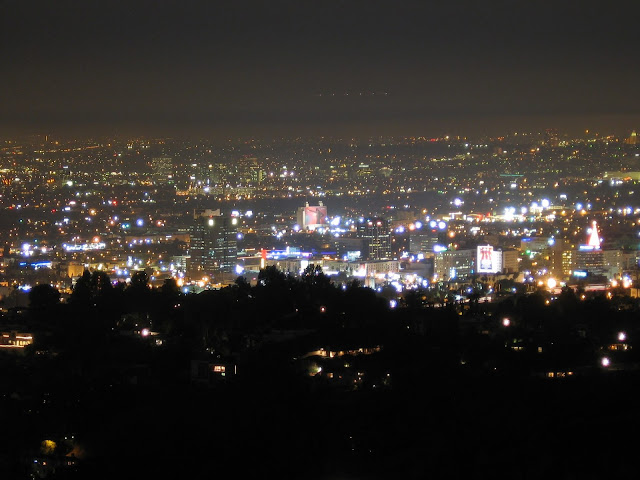 Not bad for a cheap camera and an amateur photographer.
-- Christopher at 12:01 AM