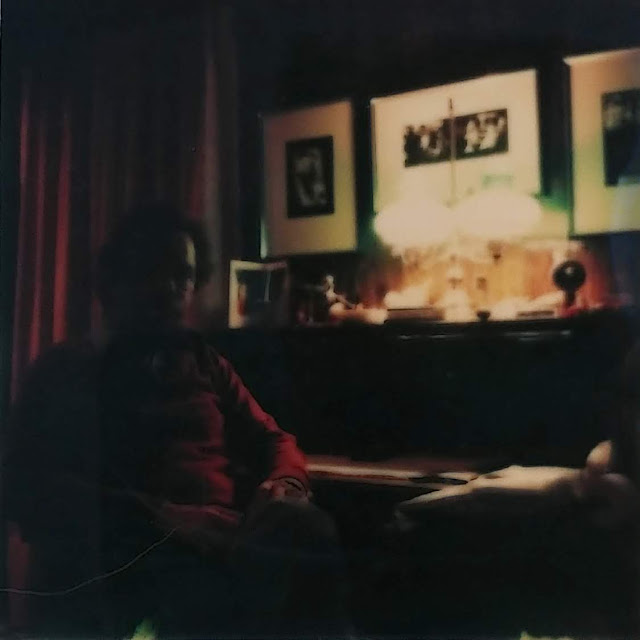 Circa 1978: After I got ahold of my Royal Father’s Polaroid camera, I busted off a couple of interesting shots... of a wall. Perturbed to see me wasting film, he offered to school me on taking a picture the right way. What you see above is the fruits of his effort.

He set me up in the study, by his large roll-top desk. The Polaroid SX-70 was on a tripod, with a remote trigger button. All I had to do was look through the viewfinder and squeeze that big red button.

We should’ve used a flash. The banker’s lamp heavily backlit everything. The composition was fine. My framing was fine. But everything else was way too dark. I thought about putting this picture into Photoshop, but I decided you should see it as is.

Still, this was better than a wall. Dad had that SX-70 well into the 2000's, and he tried to use it again with film made by a company that bought a Polaroid factory in Kansas. Those pictures came out garbage, and he ended up selling the camera to somebody in Mexico. I told him the pinch rollers or probably something else in that camera needed to be cleaned.

Digging through the Royal Father’s other pictures, I noticed a few other blurry, fuzzy snaps. Those weren’t my work. Honest.
-- Christopher at 12:01 AM