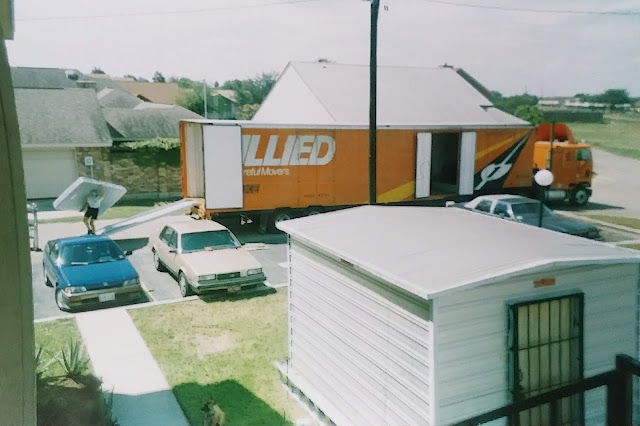 September 1994: After living in a trailer for a month, with most of my stuff thousands of miles away, I'm finally ready to move into my first apartment away from home -- far away, in McAllen, Texas. The Queen Mother and Royal Father have packed up my room in St. Louis and sent it on this van, hauled by one young man and his dog.

The guy amazed me with his strength. Even though I offered to help carry stuff in, he could pick up a heavy living-room chair like it was a piece of paper and sling it over his back. I did have to help with the sofa. I wish I could've helped his dog. 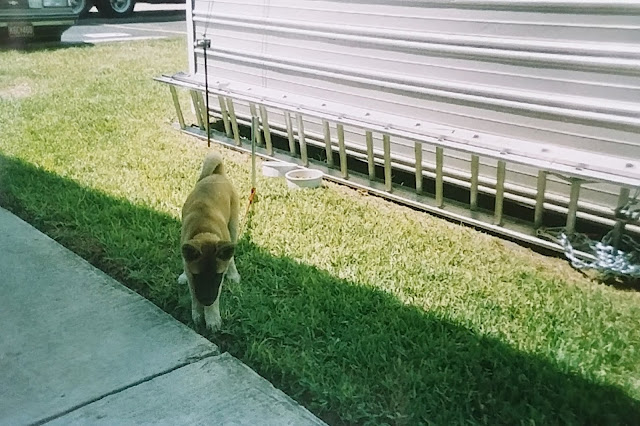 He tied up the little creature and left him some food and water to keep him happy in the summer heat and humidity. Even so, I would hear a whimper now and then.

"Yeah, dem fire ants is gettin' at his paws," his owner said.

Fire ants? I couldn't see them. And it wasn't for a lack of looking.

I soon learned about how nasty they could be. I also learned how they brought down the career of Texas Agriculture Commissioner Reagan Brown after he was caught on camera sticking his hand into a fire ant mound. Legendary WFAA reporter Carol Kneeland captured that shocking moment in a famous report that followed another shocking moment.

But, back to the subject. It didn't take us long to unload, although I forget how long it took for me to get my apartment looking like something resembling normal. And yes, the dog was all right.
-- Christopher at 12:01 AM