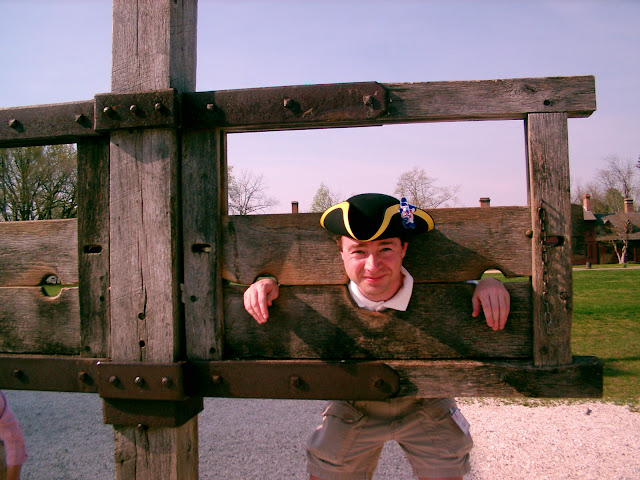 Colonial Williamsburg, April 2004: My first experience with the famous tourist shot people get when they walk by the Old Courthouse. I haven't begun my hobby as a historic re-enactor yet. I'm getting there, though.

I remember going to Williamsburg that year on a whim. I was re-tracing some family vacations I enjoyed, just to go back and experience a piece of them again. The previous year took me back to Disney World in Florida. Now I was visiting the historic triangle.

Something about that trip spoke to your servant deeply, even though the start didn't look promising. When I arrived on a Saturday night, the hotel was half-empty. The vibe of the place felt dead. But that was until I discovered Chowning's tavern (which is pronounced "CHEW-nings") and a pint of authentic Williamsburg beer with a newly-made drinking friend. I was glad I was walking back to the hotel. I was glad I was walking, period.

The best vacations are the ones you experience on a deeper level. Over the next few days I would get a hint of what my next few years of re-enacting life would be like as I toured the historic town, learned about the colonial militia and George Washington's soldiers, got more than a taste of what early American life was like -- and learned how to dance like a patriot. That tricorn was the only piece of historic garb I had to wear. For then, it was enough -- until it wasn't.

Eventually came a point where I wanted to live history, not just learn it. Less than two years later, I would meet up with We Make History in Phoenix, and the journey began in earnest. I would return to Williamsburg in 2008, this time in full Continental Army uniform. And I had to get another Pillory Shot.... 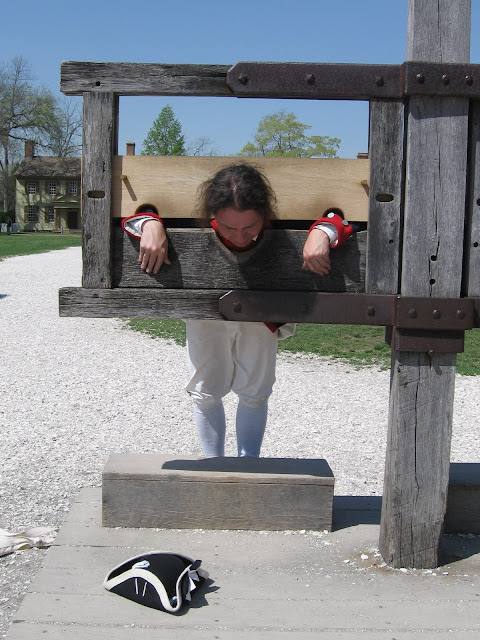