On A Clear Day, You Can Clear Your Thoughts 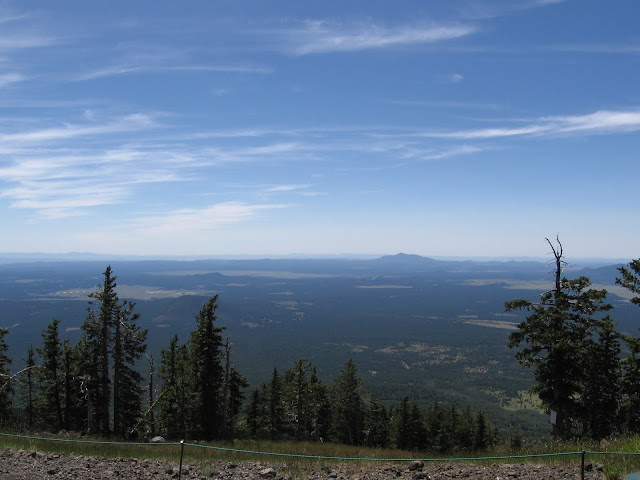 Flagstaff, August 2009: I took this picture on a warm, windy Friday afternoon after riding the ski lift at the Snowbowl part-way up the mountains. I really needed to get away, especially after messing up at work a couple of days before.

I had made a bad judgment call on breaking news, on a carjacking that turned violent one night. I didn't divert a reporter onto it, given the early information I had which made it sound like it wasn't a big deal -- until it was. At first, it sounded like a woman was okay after being shot in the face, but we found out later it was actually a teenager girl -- and she had died. The morning crew had to scramble to catch up on it, and I and some other people got called on the carpet for it. Another lesson learned the hard way.

I didn't want to think about that mess I had made, but it still haunted me on and off through the weekend, when I really wanted to focus on other things -- like the Highland Ball, the first one I had been to since having that dreadful accident where I slipped and smashed my right arm.

My journal explains my mindset:

The ski lift up to the top can be a little spooky at times, stopping and starting as people get on and off. It runs very quietly, sometimes so quiet and tranquil one can fall asleep. But I think that's more from my lack of sleep over the last few days -- and my worrying over my job situation. I can't get Wednesday night completely out of my mind, even though Thursday went much better and [redacted] didn't single me out for blame. I just feel scared, that's all. I don't like being scared. Not in this economy. This is not the way I want to end a broadcasting career.

I wanted a fresh start, a new and better beginning and a chance to heal in all the ways I hadn't since being wheeled off the ballroom floor in a gurney, with dozens of people looking on. I didn't want to think about potentially getting fired. 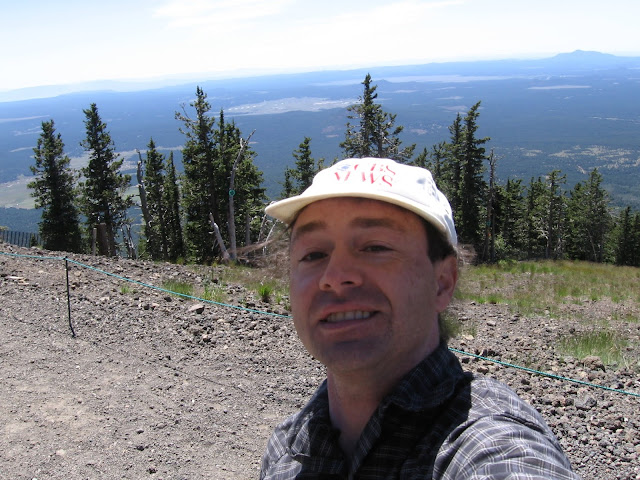 I would find my redemption gradually, after time to think and heal. I would come back to the ball with a newer, fancier look and dance my heart out. And back at work, I wouldn't make the same mistake twice a few days later when a SWAT situation turns into an officer-involved shooting. I pull my only nightime reporter off a story early, sensing it's going to get big, and we own it. No complaints. No knuckle-rapping. But... for how long?
-- Christopher at 12:01 AM