Don't Let That Weigh On You 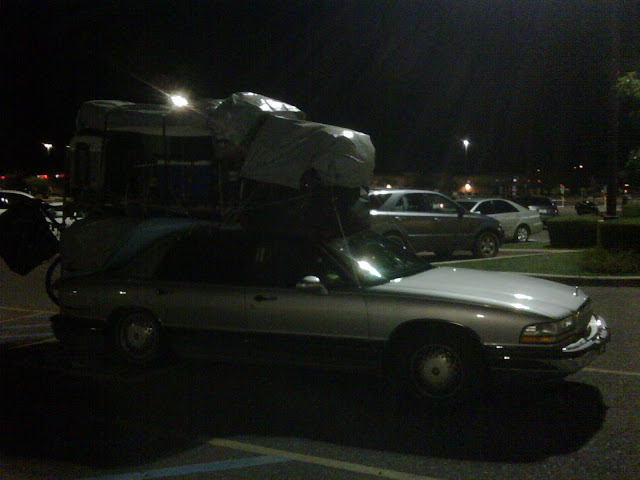 October 2010: Outside the Walmart down the street from my job, I ran across this obviously overloaded station wagon. I don't know how it made it in. I don't know if it made it out. But I wouldn't want to be driving behind it.

At least when we were on vacation the Royal Father stuffed everything inside the back of our 1980's Nissan Maxima or our 70's Oldsmobile Cutlass Sierra, it all stayed in the back. He earned a degree in putting it together like a three-dimensional jigsaw puzzle.

One time did get the better of him. When moving from St. Louis to Southern California, he misjudged how much was going to fit in the back of the station wagon, given the kids weren't riding along anymore and he had a carrier on the top. He ended up shipping a couple of televisions to the new quarters via UPS. It cost him some cash, but it saved him some safety. And I gather his powers of estimation improved. 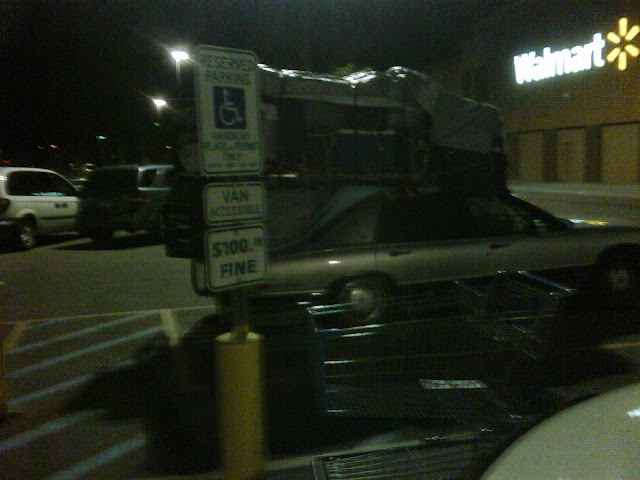