Have You Ever Considered Running For Office?

Somebody once said I should because I looked the part of a patriot: tricorn, breeches, long coat. If only it were that simple, and if only people's hearts were in the right places. 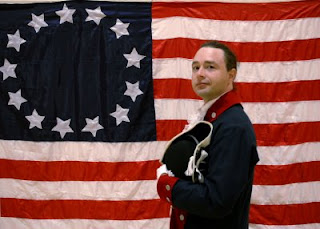 My vision of a politician's life is this parade of contrasts and contradictions, doing and saying different things not because you're (necessarily) a slimeball, but because the job pulls you in different directions while you're wanting to pull your own way. People complain about the so-called ruling class, but it takes a certain kind of person to be able to handle all this. Some do it well, and some botch it. Some do their homework and understand the issues, and others dump it onto staff and let lobbyists hold their hands. I would also like to be able to actually read the bills I vote up and down on, but nobody seems to do that. And it's no secret that they don't, as voluminous as some of them are.

Something smaller, you ask? Like school board? Er, no. I resent how these governing bodies have become the training wheels for those who want a political career. I don't see myself getting along very well with people who use kids as pawns. Ideology has no place on a school board. If you're not there to help children learn as effectively as possible, get the heck out and leave it to those who still care.

I currently hold leadership positions in two organizations: Sons of the American Revolution and the Seven Pipers Scottish Society here in Tucson. Neither of them are political, and that's exactly how I want it. We're all united in our purposes, we can all work together to make decisions, and nobody is left holding the short end. If only some of that attitude made it into the places that mattered...
-- Christopher at 12:01 AM