Mr. President, You Have A Visitor

Just west of Nashville is The Hermitage, the home of President Andrew Jackson. I'll venture there in a moment, but I'm going to begin at Tulip Grove, owned by Andrew Jackson Donelson, Rachel Jackson’s nephew and President Jackson’s private secretary. 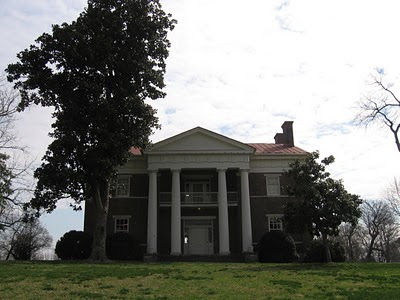 I ventured there first because it closes early. Inside, a kindly interpreter gave me a private tour. Rules of decorum prevent me from showing you the inside. Fire codes prevented the guide from showing me the upstairs, to her polite dismay.

"Did they do much entertaining here?" I asked, the spacious rooms appearing fit for a small ball or two. 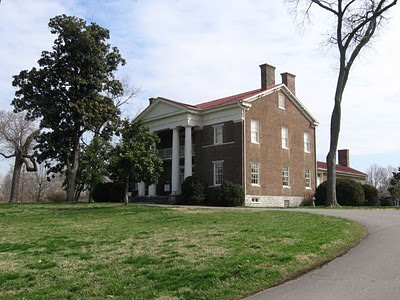 Yes, there were gatherings, I am told. In fact, because a major road passed right by the house -- and still does -- the front door would often be shut to prevent a curious bypasser from stealing a glance into the formal occasions. Not unusual, you say? It is when you consider the door was often left open for ventilation.

The lady and her fellow interpreter are amazed and heartened to learn I'm also a living historian, which explains my ponytailed hair and the bows I have made upon us meeting and greeting. I'd love to talk some more... but I must be off to The Hermitage. 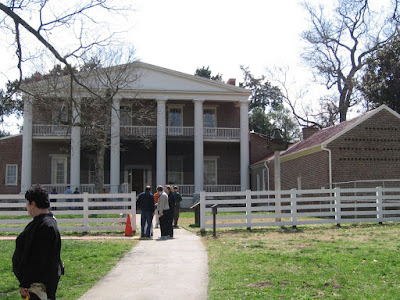 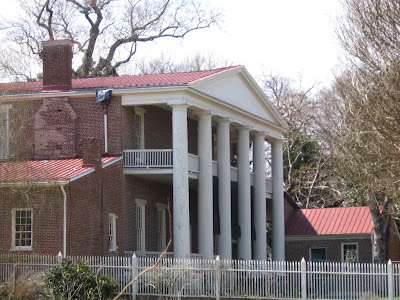 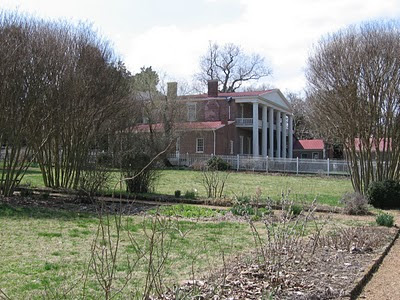 You're seeing it from the rear because the front is under heavy renovation, as are many parts of the estate.

Out in the garden... 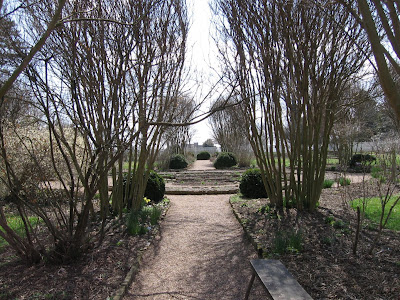 The General's tomb, where he is buried next to his beloved wife. 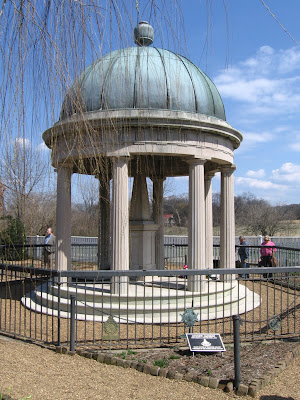 Foul are wandering around parts of the plantation, including this rooster who fluttered up to the fence next to me but didn't want to crow for the camera. 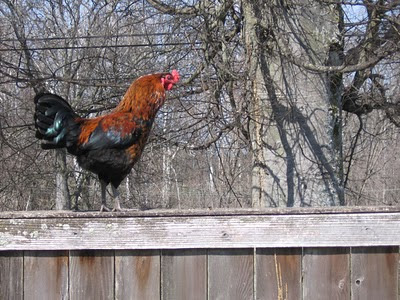 But this one did, after a little coaxing from your humble servant.