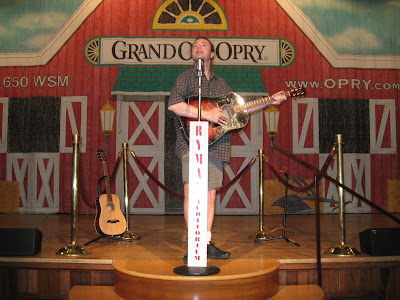 Looking into the strip of lights, it's hard to imagine I'm on the same stage once graced by Minnie Pearl, Roy Acuff, Johnny Cash, Loretta Lynn, Tammy Wynette, Hank Williams, Dolly Parton, and just about every classic country artist who was anybody. But even Elvis played here before he was anybody. So did the Everly Brothers. 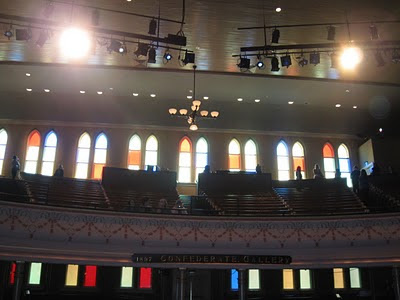 Country music is a loosely-defined term, according to the sentiments of Henry, our tour guide, who used to come here on Saturday nights in the 50's and see greats like Acuff. 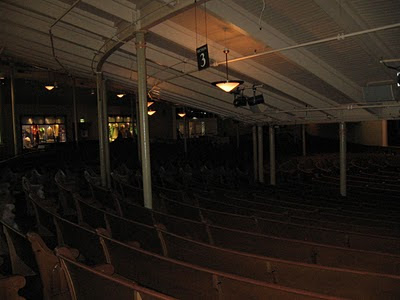 Walking into Ryman Auditorium, the first thing I notice is the seats... or lack of them.

These look like pews, I think. Turns out I'm right.

Ryman Auditorium was originally constructed as a mega-church in 1892. It later evolved into the Church of Country Music, hosting the Grand Ole Opry for decades. Nowadays, it plays venue to artists all across the musical spectrum. 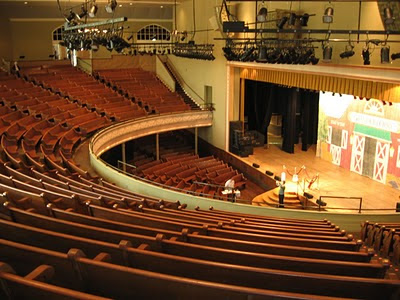 But none of this would've happened had it not been for a Miracle Moment in 1885. Captain Thomas G. Ryman was running a fleet of riverboats. He made his fortune off of liquor and gambling, and he didn't care much for traveling evangelists who came through town telling people to give up the bottle and the dice. Ryman loved to heckle them, even hiring people to do the Statler and Waldorf work. But when Ryman showed up to the massive tent of preacher Sam Porter Jones, GOD proved once again HE can get through to anybody. Captain Ryman built Jones a huge church in downtown Nashville, the Union Gospel Tabernacle. When Ryman passed away, his one-time adversary Sam Porter Jones requested it be renamed the Ryman Auditorium. Not long after, the church began hosting a variety of entertainments to help pay the bills. 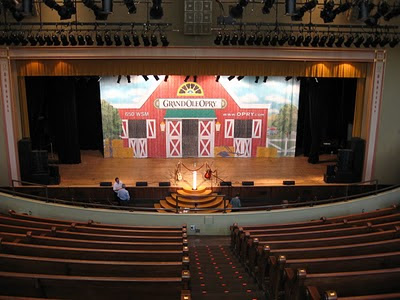 It's hard to believe this place sat dormant and decaying for much of the 70's and 80's. How could anybody allow that, especially with all the history in downtown Nashville? Thankfully, Gaylord Entertainment bought the Ryman and went to great lengths to restore it. I'm told it still has some of the best acoustics anywhere, mainly because of those pews. Holding that guitar in my hand, I can only imagine what my voice would sound like. 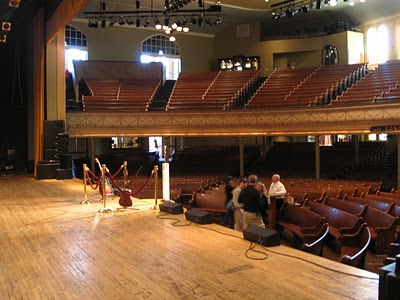