A pictorial essay captured by Viscount Christopher Francis
(Click any image for a close-up.) 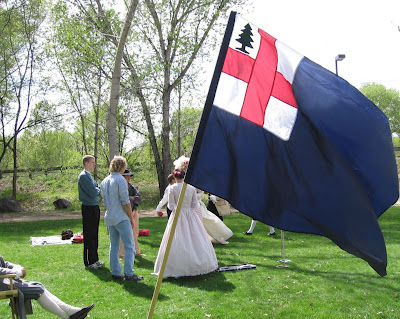 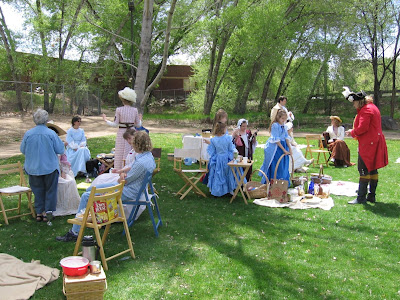 A clear sky, a beautiful day, and the greenery of Prescott's Granite Creek Park in the prime of Spring! 'Tis the perfect venue for an 18th Century picnic and lawn bowling, the sport of kings, and Miss Alia is the queen -- undefeated. It's going to take a tournament to handle all the enthusiastic challengers of We Make History. And so it shall be. 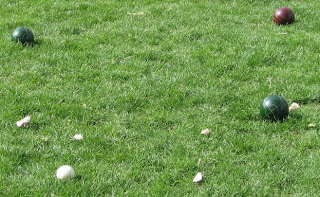 The object, sports fans, is to roll your team's balls closest to the "jack" -- that white sphere reminiscent of a billiard cue ball. Score one point for each ball closer than your competitor's, and two if you touch the jack. Seven ends the match. 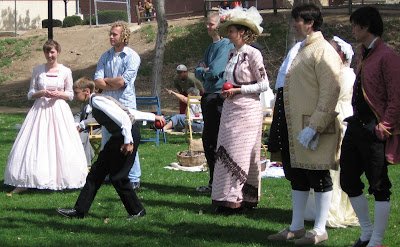 To no one's surprise, Miss Alia and Josh enter the championship match against Lord and Lady Scott. Who shall emerge victorious? 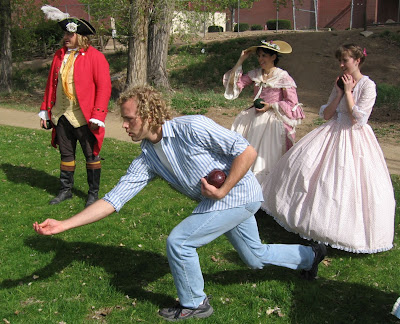 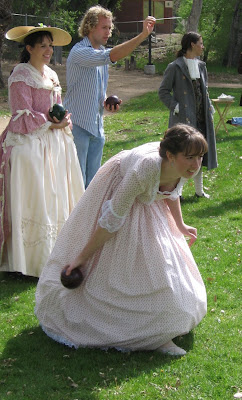 The Belle of the Lawn Ball demonstrates her impeccable skill. Nearly every roll lands in a scoring position, often knocking away competitors or maneuvering around them as if she were piloting the ball with her mind. 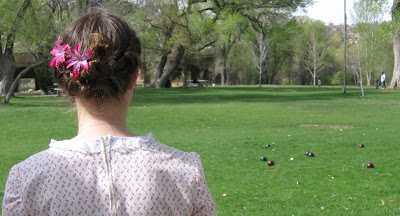 Lord and Lady Scott, however, are fit competitors, rallying to stay in the game. 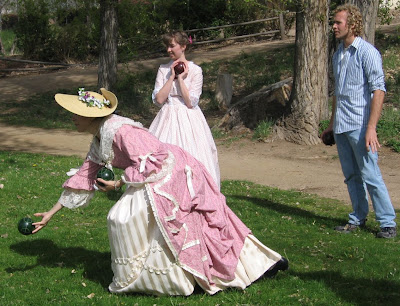 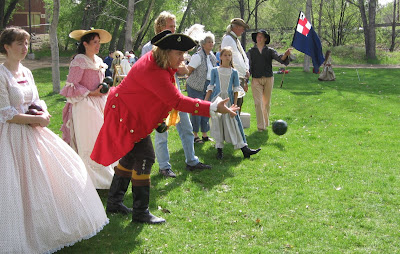 It is a dramatic showdown. Every point is crucial. Too close to call? Let's go to the tape. 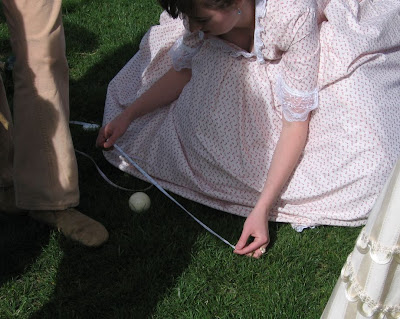 The final round arrives with both sides in reach of the match point. And the winners are... 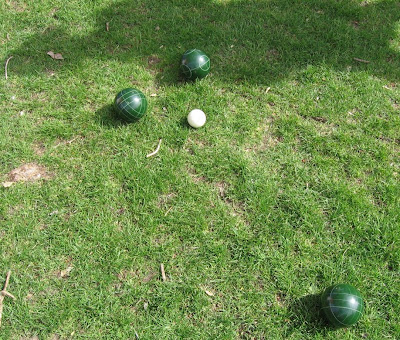 ...Lord and Lady Scott! Green, the colour of victory, the results undisputed.

The winners, of course, are gracious and thankful for such worthy competition. 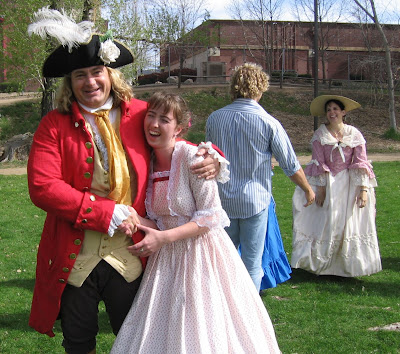 Your humble viscount, for those who wonder, found himself eliminated in the first round -- putting him in empathy with the Arizona Wildcats' NCAA performance.

Now, are you ready for some football?

I have no pictorial assistance for this passage, but I shall merely say that defense meant everything. After a 35-7 blowout in the first game, both sides reshuffled competitors, producing two bowl-worthy defensive squads, as pass after pass found merely air or ground and turnovers added up. The final score: 0-0, with a pledge to continue the game in June, and your viscount glad he did not rip his beautiful new coat and breeches, a fine labour of Madame Rodriguez.

But ah me, the camera does not lie. My stockings did sag afterwards.
-- Christopher at 4:46 PM