From The Logs Of Captain Bartholomew Burgundy

It took nearly a month to sort things out, but I can finally reveal the contents of a bottle sent to me by Captain Bartholomew Burgundy containing several pictures from last month's Buccaneer Ball.

Unfortunately, water leaking into the bottle washed out the good captain's notes, so I'm forced to add my own commentary. I could wait until he returns to port, but I don't want to delay things any longer. 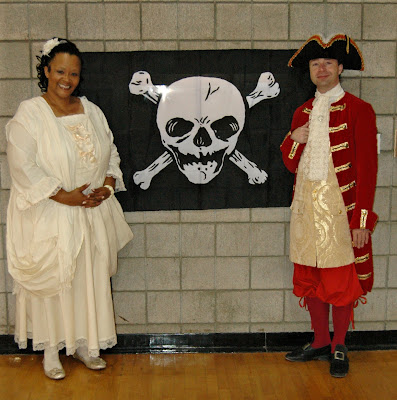 Captain Burgundy and his esteemed lady friend, Madame Noire, posing for a pre-ball memento.  Notice the charming glow from her countenance.  I gather she is most happy to see and dance with him once more after more than a year at sea. 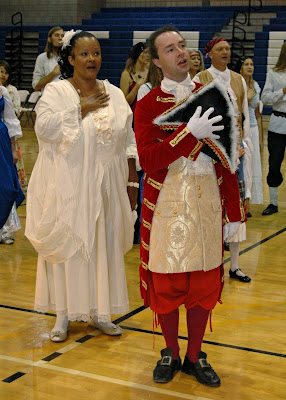 A tribute to America before the festivities begin.  Captain Burgundy may serve England, but he's the most patriotic privateer I've ever seen. 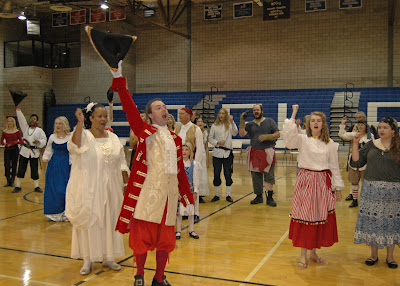 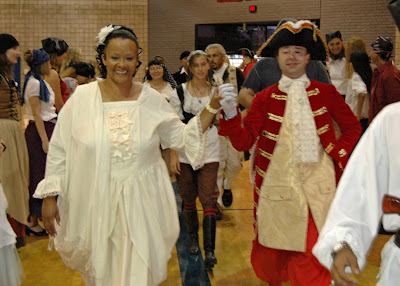 As always, a procession kicks off the merriment.  From the way Captain Burgundy holds his lady's hand, it looks like he has spent much time in the ballrooms of Europe.  One wouldn't expect such courtly gestures from a scurvy knave.  Of course, Burgundy was never that.  I also notice he's wearing a different weskit (vest) this time around, polishing up his act. 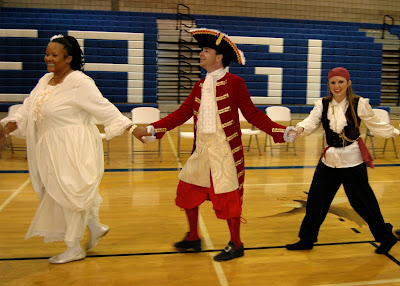 A circle dance, a time to prance, for the ball, one and all. 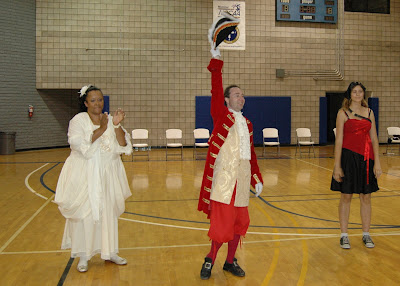 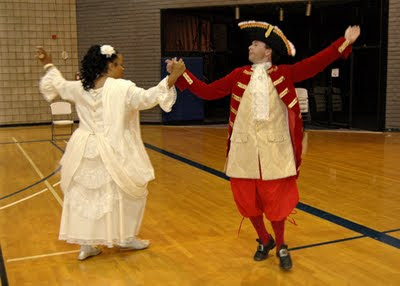 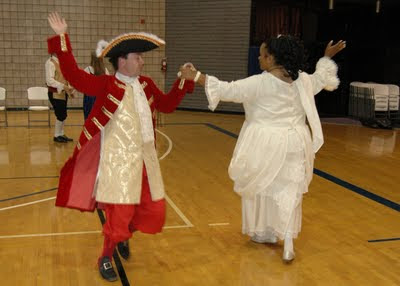 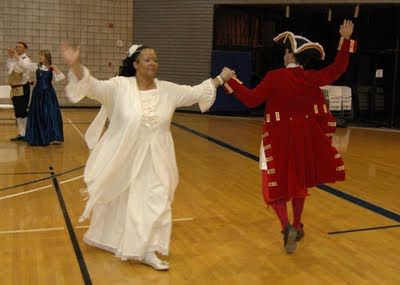 Captain Burgundy didn't include many photos of the livelier dances, but I suspect that was by design. Here we see him showing off more of his courtly dancing with his favorite partner. I hear he enjoys the minuet immensely. I'm not sure if that's what he's dancing here, but it's certainly something graceful to honor Madame. 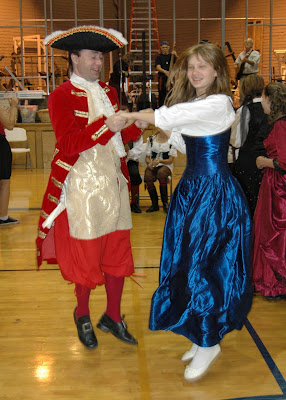 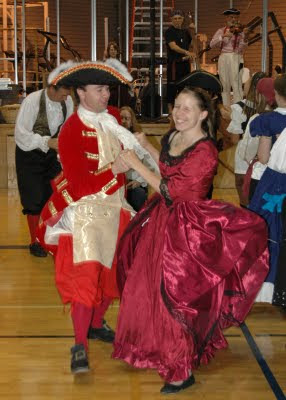 Gentleman that he is, he saves a few dances for other ladies. 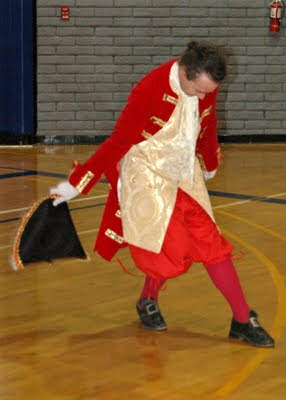 And of course, he practices his honors.

I'm beginning to think Captain Burgundy isn't even a privateer, much less a pirate. How can someone who enjoys dancing so much be an effective raider of Spanish ships? I'll have to ask him the next time I see him. For now, realize he was surrounded by many ruffians and knaves who had a Jolly Rodger's good time, and you can see more pictures of them here, including a curious cover of Buccaneer's Quarterly which shows the Good Captain facing a bit of, well, trouble on board.
-- Christopher at 10:36 PM

Tags: Dancing Through History, Life And Timelines, We Make History