Bought And Paid For 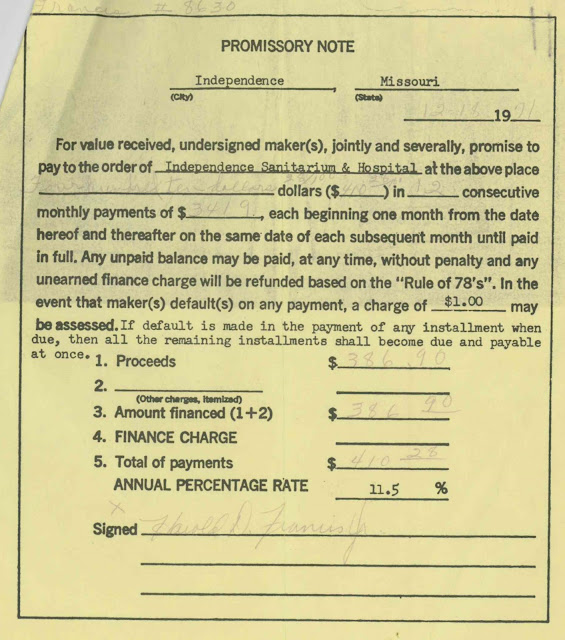 While searching for something on my Queen Mother and Royal Father's kitchen counter during a recent trip back home, I ran across the accompanying paperwork. They had barely ascended to the throne when the stork came calling. So upon my birth in December 1971, it turns out my parents financed me like a car.

"You were not unwanted," Her Majesty points out. "Just unplanned."

In 1971, the Queen Mother was making a meager salary as a teacher. The Royal Father was about to take on a job in my uncle's pharmacy. They weren't starving peasants, but they weren't exactly raking it in. With no health insurance to cover delivery costs, some payment agreement was needed to get me home from the hospital.

Her Majesty put $150 down on me and agreed to pay the rest of the $386.90 balance in a 12-month installment plan of $34.19 a month. Notice the interest rate of 11.5 percent. That's about what I paid on my 2001 Kia Rio. They didn't even negotiate with whoever was behind the desk. I don't even think their loan guy did the four-quadrant worksheet. It also didn't include the doctor bill, proving once again it's not the parts but the labor that gets you. 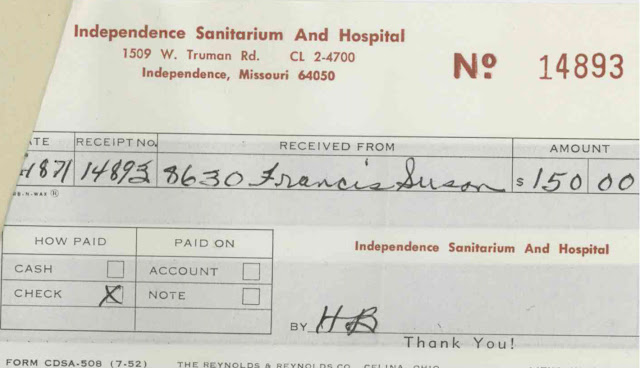 "We told you that if you weren't a good boy, we were going to take you back to the hospital," Her Majesty replied.

But what would've happened in the event of a default? Sure, $34 is nothing, but this is in 1971 dollars. I imagine I would cost triple to quadruple per month today. And how, exactly, do you repossess a child? Did Independence Sanitarium and Hospital have Rocko and Lefty on call to take me away?

"Go with the nice thugs, Christopher."

I was born in the hospital part, for those of you still snickering. I imagine I would've needed the sanitarium part.

Several years later, when another prince came into the family, Mom and Dad were ready. Well, sorta. They had better insurance in place, but they still needed to make a sizable payment on my brother's birth.