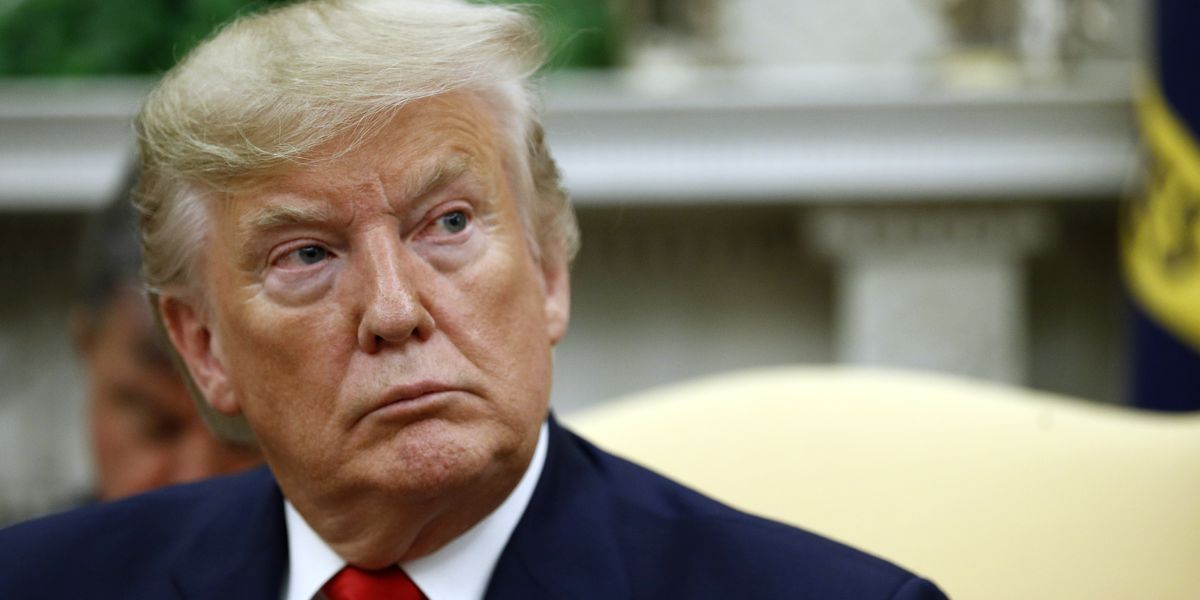 You can decide for yourself whom you believe after watching yet another uptight, histrionical, serious yet silly, and anything but bipartisan impeachment inquiry hearing. But I know this: Santa ain't stopping in Washington, D.C. this Christmas. He doesn't need to. Everybody has plenty of HATE under the tree.

This isn't about whether the inquiry is legitimate. It is. We as a nation cannot shrug off the allegations against the guy in the Oval Office, not if we want oaths of office to mean what they say. Those folks in the two houses swear they will uphold and defend the Constitution and the law. If we are now in the business of attacking people for doing what they swore they would do, then forget draining the swamp; let's just have a crowned head of state and end all this. I sincerely believe a lot of people really want a king when they elect a president anyway.

House Speaker Nancy Pelosi went ballistic on a reporter who asked if she HATED the president. Mind you, this came from a reporter who has pushed her buttons before with provocative questions, and it was a question designed to yank her chain. "I don't HATE anyone," she said. "I pray for the President all the time." Again, I'll leave it to you whether you believe that because I'm not in the mood to debate to asphyxiation. Your servant is trying to enjoy the Christmas season in spite of everything people are doing to louse it up.

It doesn't matter whether Nancy Pelosi HATES anybody, not as long as a multitude of people out there can do the HATING for her, either on the left or the right. Worse, they take pleasure in it. Christmas has come early as they seethe and snark and divide to conquer. A serious, legitimate Constitutional crisis now has extra added emotion and anger on top of what is already a divisive and disheartening state of affairs, all of it starting four years ago.

We shouldn't be acting like this at any point in the year, much less Christmastime. This unfolding narrative should play out like a funeral in our hearts and minds, not like Friday Night RAW. We should be drawing closer to people we love. We should shine as lights in this world rather than embracing the dark. We should strive to make new friends instead of treating our circle of influence like a gigantic Facebook page, unfriending and blocking and telling people to deport themselves.

Sadly, we have people who love HATE. They embrace it because it works. It gets what they want. It gets people elected. It gets rid of people they don't want to deal with. It strengthens in all the wrong ways for all the wrong reasons, but hey, as long as the goal is achieved, who cares how the ball got in the net?

Don't HATE all over the place and tell me you love this country. HATE didn't build it. We had Pilgrims and Puritans who loved the LORD and each other so much some of them were willing to try a form of socialism. That didn't work out, but live and learn. We had Quakers who stood against slavery and built that city of Brotherly Love (along with Action News and great cheesesteaks), Philadelphia. When our patriots were successful against incredible odds, they didn't christen our new nation with the blood of any Tory they could find. Love is not vengeful.

Every year after the holidays, we find ourselves in the post-noel blues. After this rotten predicament in Washington is over, we'll be in the same funk. Now what? Was the HATE worth it? Did it fit? You know, you can't take it back after Christmas.
-- Christopher at 3:10 PM