I know some of you in Facebookland have gone down your friends list doing an ideological purge. You have unfriended anybody who is either too liberal or too conservative for you -- or not liberal or conservative enough. You did this to people you called your friends.

I hope you're satisfied. I hope you've sanitized your feeds to your liking, especially now that one major contentious political standoff has ended, and you won't have to move the finger a wee bit more to scroll through those friends so inconveniently incongruent to your ideology.

Facebook says it is working on a way to filter out fake news. I think it needs to work on filtering fake friendships -- no, not those scam artists who are cloning or falsifying accounts, but those people who say they are friends until the moment they decide they can't separate your humanity from your party affiliation. A lot of people have found themselves unfriended over the past year as politics turned volcanic. Some of these people deserved it for being crude, callous creatures to their so-called "friends." Some people just got caught in the crossfire.

A certain lady decided she was going to purge her facebook rolls of all Republicans, and I found myself unfriended. I don't even consider myself Republican. Officially, I'm not. I had only gotten into a brief debate with this person once over Russian hacking and the election. I had also posted -- in the spirit of sharing some eloquent words versus gunk -- part of a speech by then-candidate John F. Kennedy on the role of his Catholic faith in his leadership and how he wanted to be president for all of America, not just Catholic America.

I can't understand why those words set this lady off. Perhaps it was just bad timing, coming in January, when the debate over you-know-who's travel restrictions were reaching their emotional apex. She vented a little, but then she stepped aside. Two months later, I was off her list with no explanation, no warning, not even a good-bye note.

If it had been a lot of other people on my list, I would've shrugged it off. But I couldn't with this lady. She's one of my dancing friends from Virginia.

If you haven't heard me say this before, I give special value to my friends who share my love of history and dancing. They stand apart from the ugliness of this world. They build other people up -- including your servant. I danced with this lady in Virginia, and I had not the slightest hint anything was wrong, and this was two months after that dander-raising post, which I am choosing not to embed here because I do not want to disclose any names.

But I will disclose what I wrote to my dancing friend, feeling dumbstruck and hurt.

Your servant was quite shocked to see you had unfriended me. I realize you are trying to rid yourself of toxicity online -- which a lot of people are doing nowadays -- but I honestly did not think your servant fit into that category. If I have insulted you, I apologize. If I have made you angry, I apologize. I want to be your friend -- because I love my dancing friends, and I value them highly.

Why? Because they hold themselves to standards of behaviour we don't see all that much anymore. I love that the people I know who do 18th Century English (and Scottish) Country dance can put all of their cares from the current life and times aside and enjoy the merriment of the ballroom. I have treasured the dances I have shared with you, and I do not want that to end.

You also have to know I feel this way because I was bullied as a child, and square dancing in school was especially tough. The young ladies did not want to be my partner. The young gents (if you could call them that) just laughed. So when I rediscovered English Country Dance a decade ago, and when ladies bowed and curtsied to your servant, it changed my life immeasurably... and put me back on the road to GOD. At last, I had discovered the closest thing -- for me -- to Heaven on Earth.

I don't expect you to understand all of this. And I'm far from perfect. But when somebody unfriends me, it hurts. I see my facebook friends as more than just a couple of clicks and a profile -- because that's the way it should be. I have to wonder, what went wrong? What did I do? What did I NOT do?

Be Blessed, My Lady -- and whether you want to friend me or not -- I will still be your friend. I Love My Dancing Friends!

Your Humble Servant And Friend,
Lord Christopher of Dunans

As of this posting, I have not heard back from her, even though I know she read the note. I tried friending her again. For all I know, she is either ignoring me or blocking me for reasons she will not disclose.

This has pained your servant deeply, and I can't understand why. Come on, I keep reasoning with myself, we are talking about one friend out of oodles on the list. Why is this such a big deal? After considerable wracking of my brain, I think I found the explanation in a Biblical parable.

JESUS talks about the lost sheep in Luke 15:4-7 (NIV): "Suppose one of you has a hundred sheep and loses one of them. Doesn’t he leave the ninety-nine in the open country and go after the lost sheep until he finds it? And when he finds it, he joyfully puts it on his shoulders and goes home. Then he calls his friends and neighbors together and says, ‘Rejoice with me; I have found my lost sheep.’ I tell you that in the same way there will be more rejoicing in heaven over one sinner who repents than over ninety-nine righteous persons who do not need to repent."

I don't give up on my Facebook friends. I count nearly 600 of them on my list right now, and I have not unfriended anybody since I joined the social network about a decade ago. I refuse to go through and purge, because as I said to my unfriended friend, you're more than just a profile. I labour to treat my Facebook friends as if they were standing in front of me. This is in line with George Washington's first Rule of Civility: "Every Action done in Company, ought to be with Some Sign of Respect, to those that are Present." Not only is that rule easy for your servant to remember, it beats having to fuss with Facebook's privacy settings. Further, if I am going to live as a light for GOD, I can't turn it off on social media.

Last year, I began keeping a quarantine list to restrict a limited number of people from seeing certain political posts I thought might ruffle their feathers. It has worked very well, despite a few extra steps involved in the process. Lately, though, I've used it less and less. I just grew tired of posting an opinion and worrying about somebody deciding to cut me to pieces.

I lost even more of my appetite for political posts after another trip -- and another ball -- in Williamsburg.

(In case you're trying to connect dots -- no, none of the ladies you see here are the ones who unfriended me.)

After such a blessed experience expressed in these postings, I couldn't bring myself to discuss politics, at least not on one of my own posts, and rarely on anybody else's. After drawing closer to GOD and feeling closer to Heaven, why tarnish such beauty by going back to the swamp -- even if that flies in the face of the freedom of speech we are given? 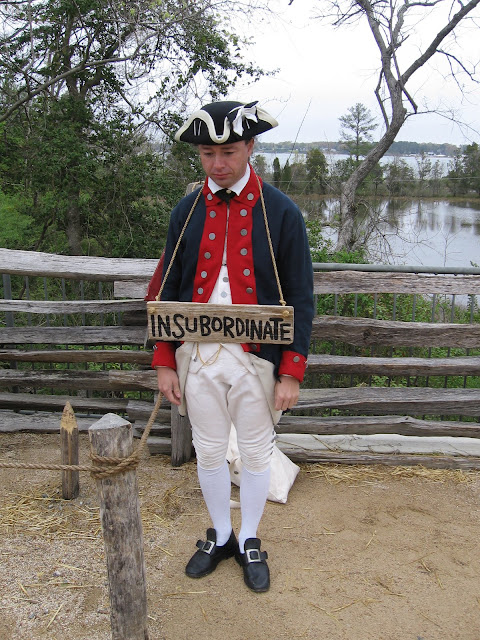 This is not the way it is supposed to be. We can not be a nation of tolerance and freedom if self-censorship is the only reliable way to promote peace among us. But given the junk we see online and the off-the-chart response to it, we are running out of options. Your servant is running out of energy to deal with online drama, and I would rather just scroll on.

Be Blessed, My Friends!

This post has been updated with additional thoughts.
-- Christopher at 11:20 PM